“So he returned home to his father. And while he was still a long way off, his father saw him coming. Filled with love and compassion, he ran to his son, embraced him, and kissed him. His son said to him, ‘Father, I have sinned against both heaven and you, and I am no longer worthy of being called your son.” – Luke 15:20‭-‬21

Here’s a story about a son who asks his dad for his inheritance way before it’s time. His father grants his wish & he chooses to go far away & pretty much “lives it up”. After some time has passed, he runs out of all the inheritance that was given to him. He realizes he was better off living with his dad because he had all that he needed. When he finally came to his senses, he realized he had turned his back on his father. He chose the life he thought would be much more satisfying than the life he had been currently living only to leave him feeling empty & lost. When he realized what he had done, he committed himself to go back & ask for His father’s forgiveness. His father had been waiting for him all this time. Once he saw him from a distance, he ran to his son. Embraced him with opens arms & celebrated his return.

END_OF_DOCUMENT_TOKEN_TO_BE_REPLACED 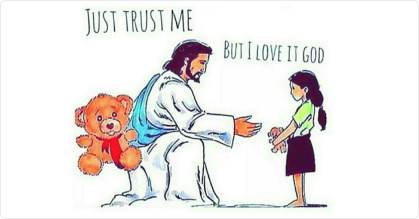 As I was on my way home from work today, I was reflecting on my life these days. I was debating on whether or not I should pull over to make a video or just wait to get home to post on my blog. In the midst of it, one of my close friends who I love dearly messaged me & I felt led to share my thoughts with her. After she listened to my message on WhatsApp, she shared what a blessing it was to her & I give God all of the glory. If you believe this post blesses you, please don’t hold back from sharing it with others who could possibly be blessed by it too.

END_OF_DOCUMENT_TOKEN_TO_BE_REPLACED

Oftentimes God allows certain situations to occur so that we would seek more of Him. Whenever things seem to be out of our control, it’s because it is. And the only One who has the control to make it right is … Him! He wants us to understand that only He is capable of turning our situation around & making them into something great if only we could let go of the wheel & allow Him to take control.

END_OF_DOCUMENT_TOKEN_TO_BE_REPLACED

“She focused on God. He did the same. God gave them each other.” ✝️💕

Don’t be fooled when I met this man I was a broken, beat down, lost soul…I had given my heart to yet another “boy” (age does not make you a man) who did not value me… Once he had me where he wanted me, I was manipulated, used, and abused…Time after time I would “walk away” from this relationship just to run right back… I knew deep inside that I needed to close the door on this toxic relationship, but deception (the enemies tool) would distort my vision, and I continued to believe “things would change”…Things def did not change.. However what did change was my decision to finally cry out to God for his help ( sad that I placed him last) I clearly remember kneeling in my bathroom hysterical crying/yelling telling God he can finally have his way in my life…I no longer wanted to go through life without his hand… Once I gave God control he was able to begin his work in my heart and mind (God is a gentleman he will not force himself on anyone. He allows the choice to be ours)

END_OF_DOCUMENT_TOKEN_TO_BE_REPLACED

Heavenly Father, in the name of Jesus & in the power of the Holy Spirit, I come before you to thank you for waking us up this morning & allowing us to see another day. You know the situation or storm each of us find ourselves in. May You remind us of your power & of your love for us despite of what we may be going through. May you strengthen & comfort us in the midst of pain.

END_OF_DOCUMENT_TOKEN_TO_BE_REPLACED 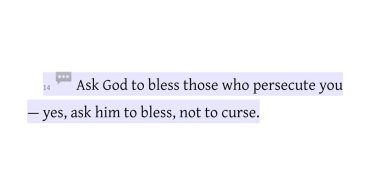 If I can be honest, sometimes the last thing on my mind when I’m angry or upset at someone who is evil, malicious or just out to get me is to ask God to bless him or her. My initial reaction would be to confront them & speak my mind but I have found that hasn’t always been the wisest thing to do. There have been times when I would act on impulse only to feel horrible & regret it shortly after – other times, my pride & stubborn ways wouldn’t allow me to feel bad for days. Just being honest. I’m sure I’m not the only one who can relate; however, the good thing is that I acknowledge it & it’s not something I’m proud of.